A new office building project in Canada includes the construction of a modern structure that looks like a set of interlaced glass boxes.

The 24-story building is located on the southwest corner of West Georgia Street and the Richards Junction in central Vancouver, which the company says is located behind Merrick’s new architectural building.

New construction projects include an office tower made of transparent boxes, some of which are green. According to Merrick Architecture, each box has four stories in width equal to about height. 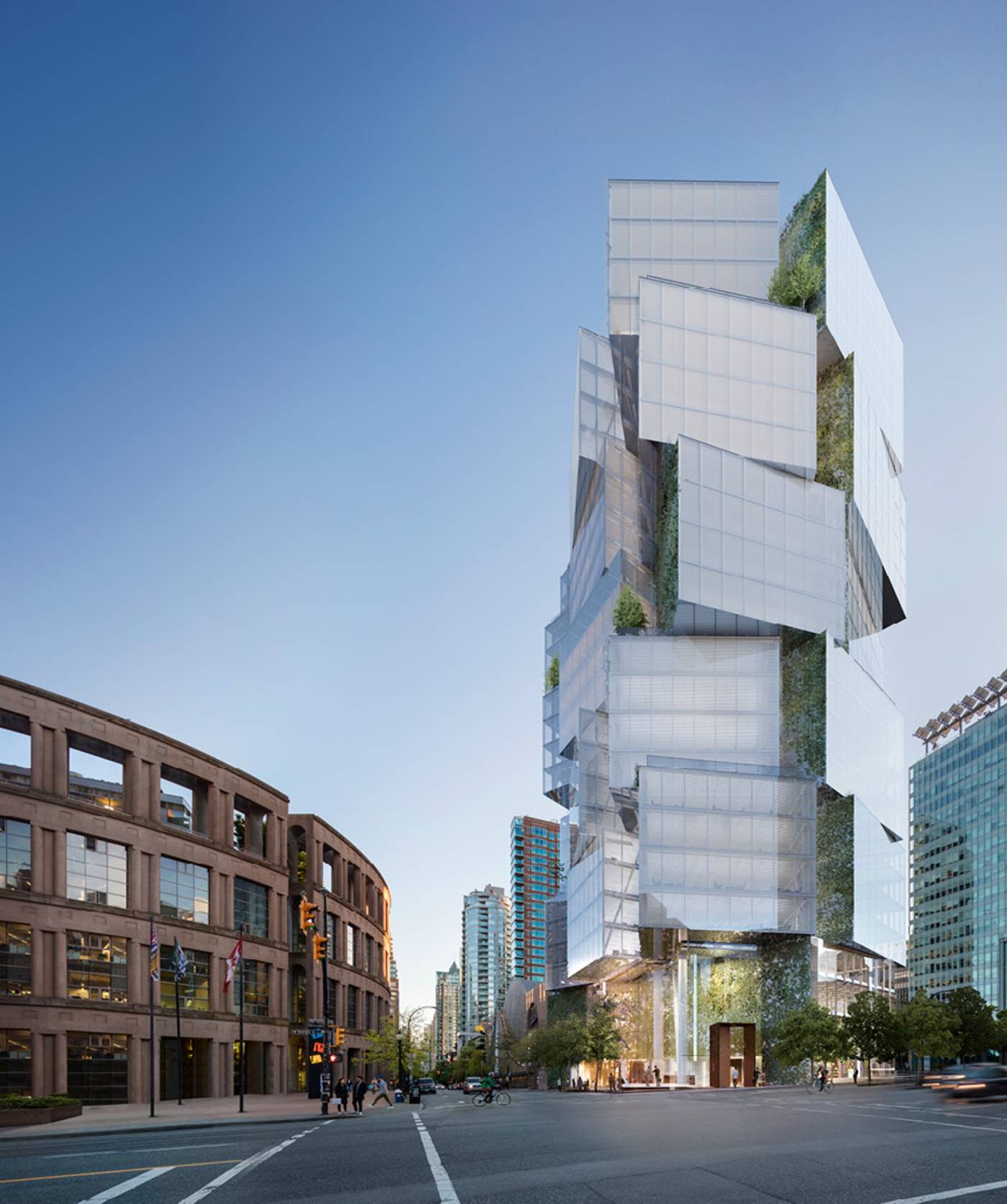 Its website reads as follows: “The building is a collection of playful, composite, but transparent” reflective “boxes.

“The stacked drawers create natural partitions on a stable floor so that offices can be arranged differently, bringing them closer to the front.”

Folded crates are subject to different directions, providing unprecedented views of the city.

Vegetation is a common theme inside and outside the building, and the roof garden unites everything.

The area surrounding the planned site of this unique tower has undergone significant redevelopment, and this building on 400 West George Street will increase the number of new and improved infrastructure.